Kicking off both the men’s and women’s WSL World Championship Tours, the Quiksilver and Roxy Pro Gold Coast was held at the renowned local surf spot, Snapper Rocks, in mid March 2017. Featuring some of the world’s best surfers, including Kelly Slater, John John Florence, Mick Fanning and Stephanie Gilmore, among others, the event brought spectators by the thousands to the warm white sands of Coolangatta.

Tasked with the honourable duty of creating customised competition trophies for the contest winners, we went all out to create a product that reflected both our love for the ocean and Australia’s natural beauty.

With a desire to utilise quality local materials, we chose locally sourced, native Australian timber to pay homage to the origins and location of the competition, using the timber as both the backdrop and frame for the trophies. For the central focal point and inner portion, we created a unique and stylised birds eye view of Snapper Rocks, accomplished by overlaying laser cut coloured acrylics in order to portray the point break  waves that Snapper Rocks is so known for. Lastly, we layered laser cut timbers to represent the surrounding sand and rocks, creating a final cohesive look that speaks to both the location and overall surfer lifestyle.

After a fierce and exciting competition, surfer Owen Wright powered through the finals to become the Quiksilver Pro Gold Coast Champion alongside runner up and fellow Aussie surfer, Matt Wilkinson. In the women’s competition, Aussie surfer Stephanie Gilmore took home the top trophy, while American Lakey Peterson snagged runner up.

Our trophies glimmered in the well-deserved winners’ arms at the end of their fierce display of skill, and we continue to show our support for the sport of surfing, both locally and beyond.

Interested in having customised trophies created for your event? Get in touch, and we look forward to making your vision a reality. 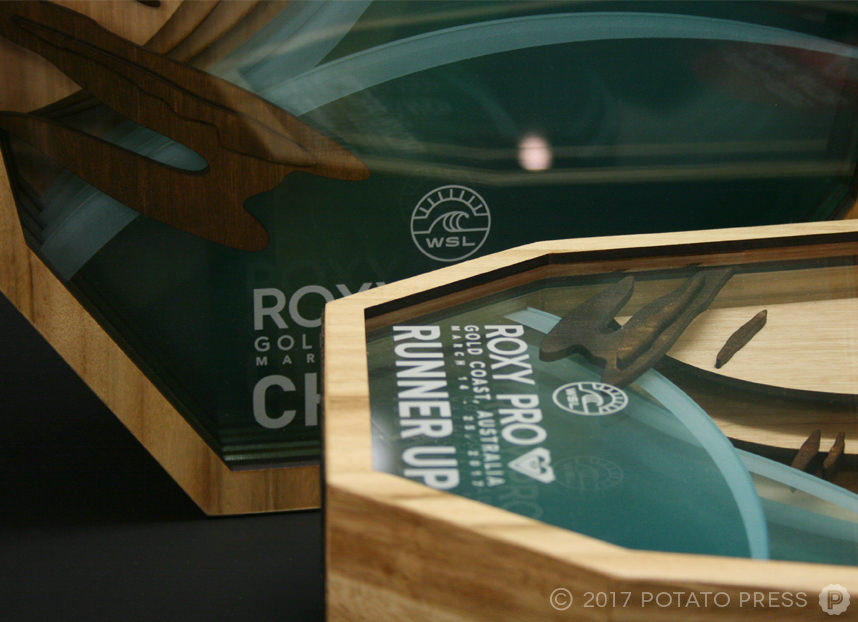 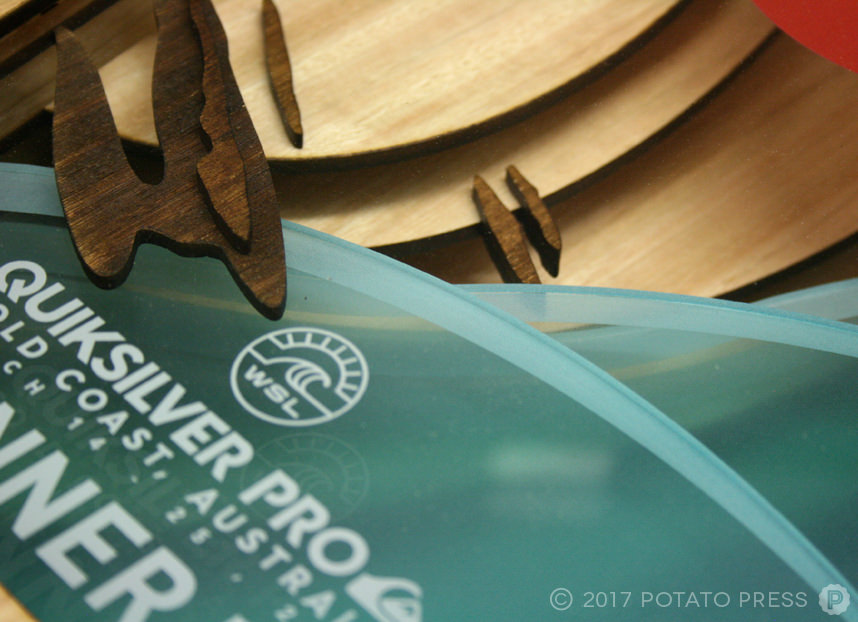 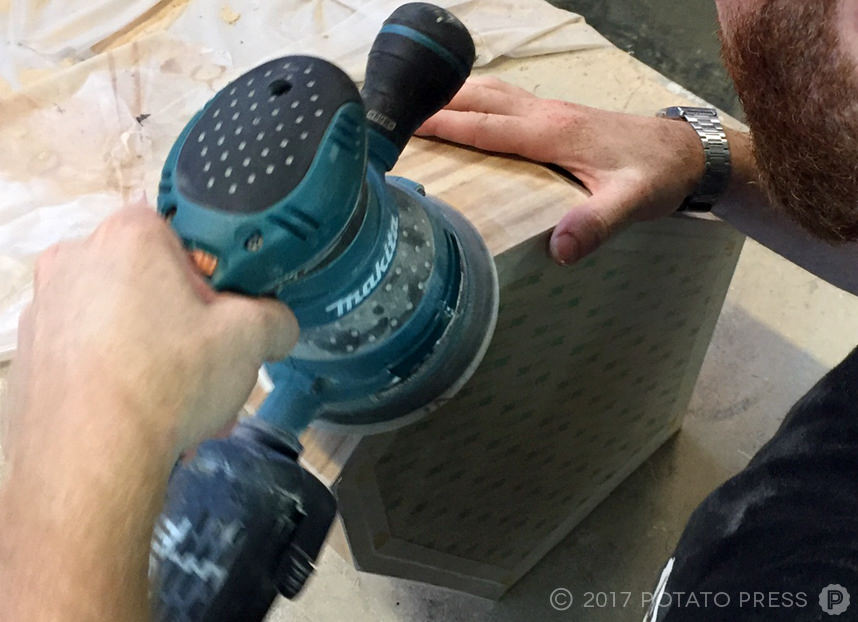 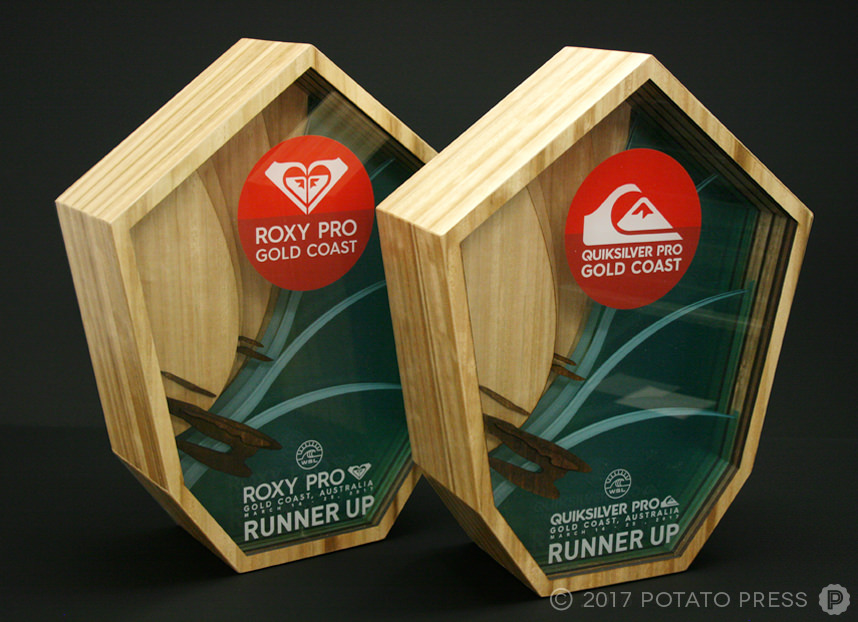