We only finished this on Friday, Dropped it down to the boys Friday Arvo, then it traveled to Teahupoo, Tahiti and was awarded to the Winner on Sunday!

All of us here at Potato Press have been huge fans of the Billabong Pro Teahupoo Tahiti for years. It was a real honor to be involved with this project from initial concepts all the way through to final product.

Congratulations to Ricardo Dos Santos of Brazil, winner of the Air Tahiti Nui Von Zipper Trials.
He now gets a shot at the title of the Billabong Pro Tahiti 2011 and will go up against all the Pro Surfers on the ASP World Tour.

Stay tuned for some more Potato Press involvement with the Billabong Pro Tahiti 2011. 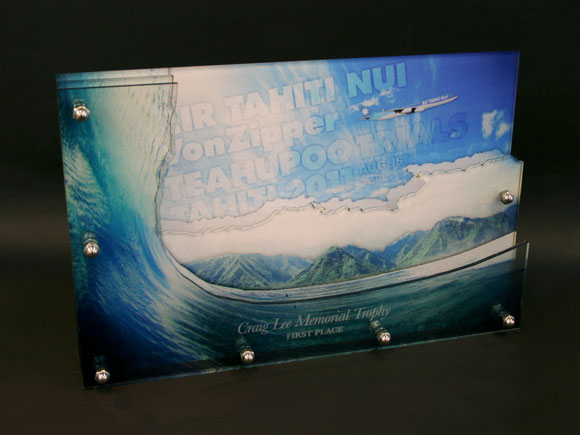 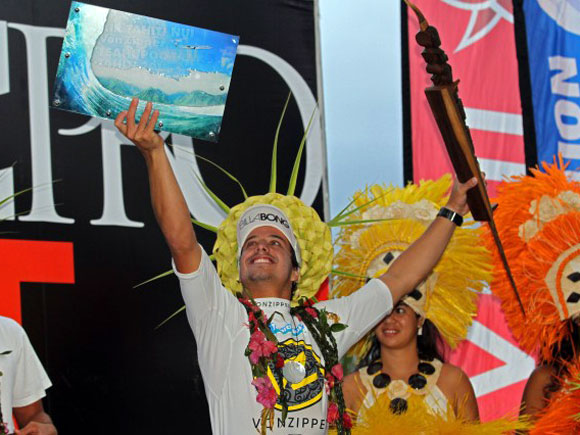 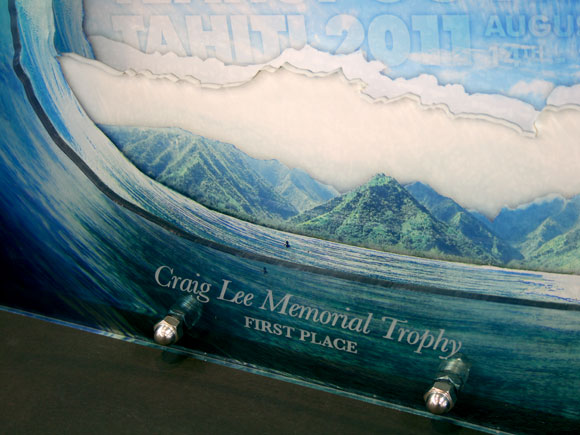 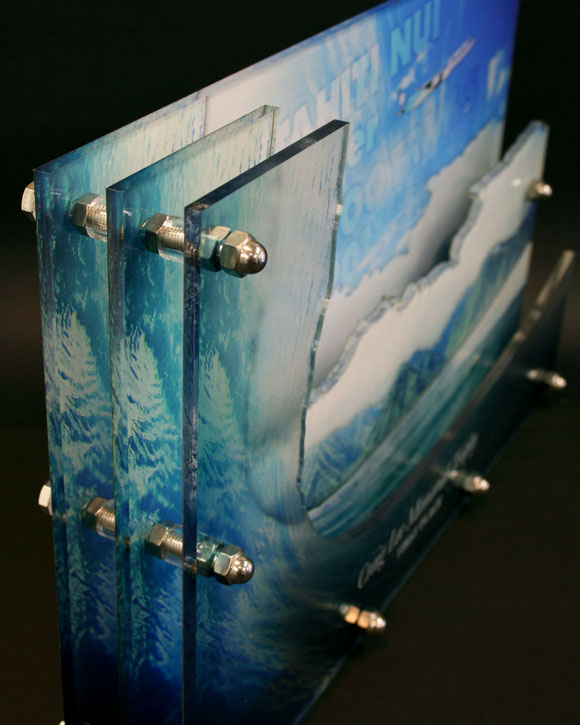