Arup is a worldwide independent firm of designers, engineers, architects, planners, consultants and technical specialists working in many areas of infrastructure with the aim to shape a better world for the future. Their buildings are award winning and span all over the world; just some of their most well known projects include The Sydney Opera House, The London Eye and The Beijing Stadium (Bird’s Nest).

As part of a reconciliation with traditional owners of the land in Australia, Arup wanted to pay their respects and have some custom plaques made for their different office locations that would honour the traditional owners. Using Australian native timber, each panel was laser etched and placed inside a custom in-house made frame featuring laser cut indigenous inspired illustrations created by Gilimbaa.

If you would like some custom made plaques made for your business, contact us about how we can create a customised piece for your office. 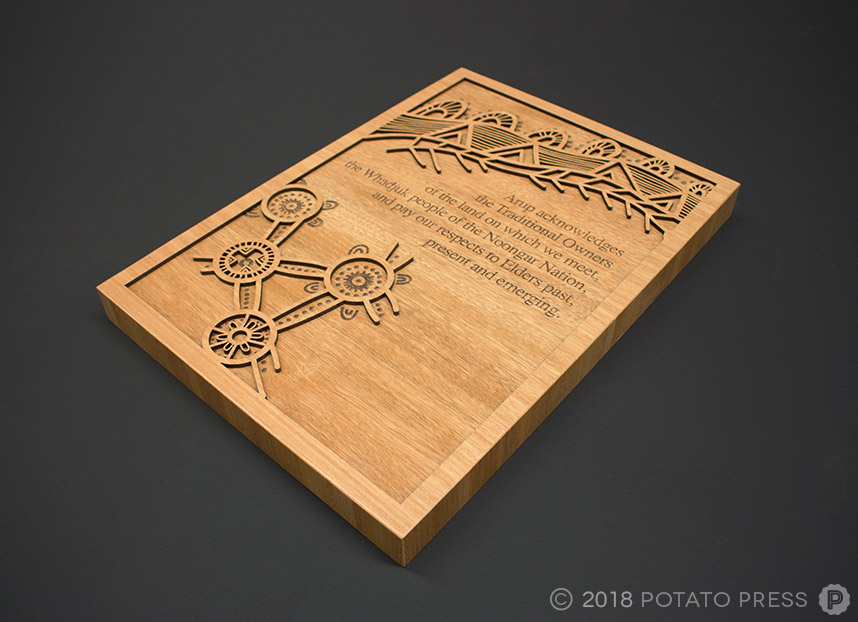