We were approached by the Inverell RSL to produce a memorial plaque for the Battle of Lone Pine at Gallipoli. What made this job special was the fact that we were to make the plaques from the timber from a seedling of the original Lone Pine of Gallipoli.

The story goes…” Two brothers, Benjamin and Mark Smith from Inverell, NSW were involved in the capture of the Lone Pine positions. Mark was killed in the action. Benjamin, a Lance Corporal, noticed that the Turks had been using the branches of a Lone Pine tree to cover their trenches. He saw that trees had been destroyed in the battle and it is probable that his thoughts went home to his mother who was well known for her “green thumbs”. He plucked one of the cones from the destroyed tree and sent it to her. Benjamin’s twin brother, Bert also enlisted in the 1st AIF. The mother planted three seeds shed by the cone and like the story of the three boys, two trees lived and one died. In 1930 Mrs McMullen, the boys’ mother sent one of the trees to Inverell where the boys had lived, the second tree was sent to Canberra for the opening of the War Memorial. The Duke of Gloucester planted the tree on 24th October, 1934 dedicated to the memory of Mrs McMullen’s son, Mark and other sons who fell at Lone Pine. The timber used in this plaque is from the original Lone Pine seedling. The tree was felled in 2007 due to safety concerns.”

So our joiner, Rex, milled down the slabs of pine from the Lone pine seedling and put together this large timber plaque. We then designed the the plaque using images and maps from the battle of Gallipoli. The plaque was presented to the city of Inverell on Anzac day, The unveiling of the plaque was made by Member for New England, Tony Windsor and Ms Ruth Smith, a niece of the Smith Brothers.

We here at Potato Press are extremely proud to have been a part of this amazing project and we would like to thank Hans and everyone at the Inverell RSL Sub Branch for asking us to be involved with such a memorable job.

More images and stories can be found at the Inverell Times and The National Daily Leader. 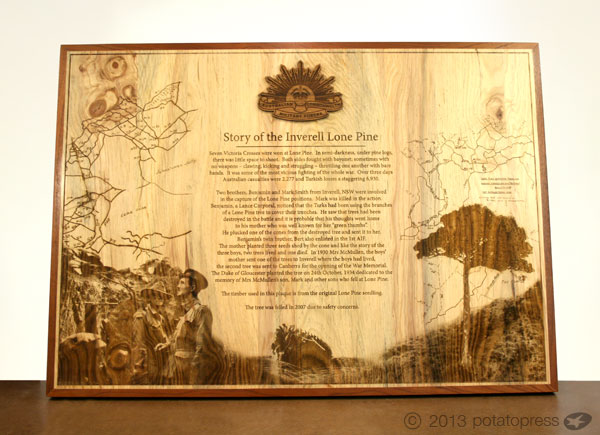 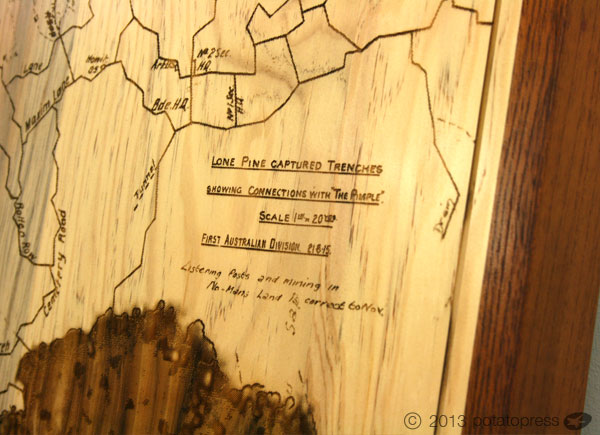 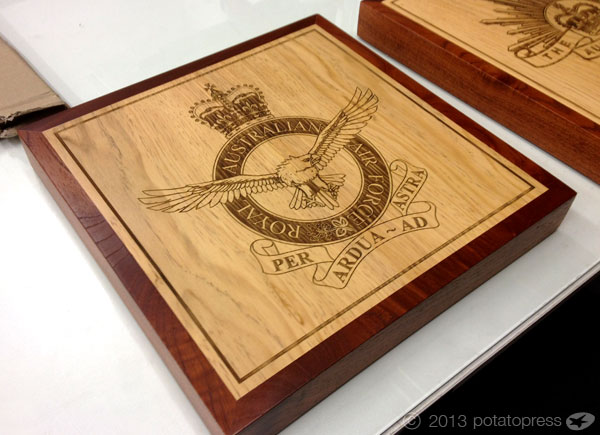 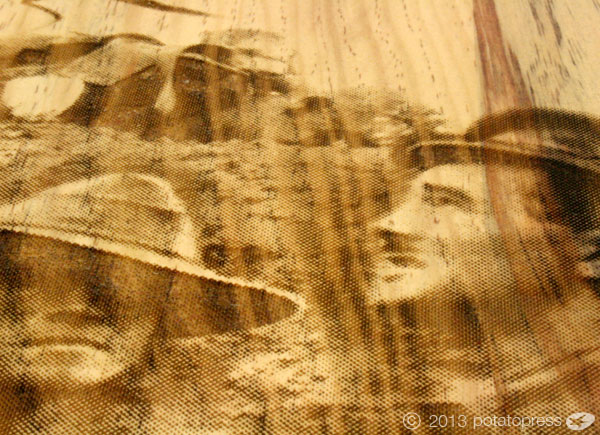