We recently had the huge privilege to work with the NASA Goddard Space Flight Center in Maryland on a very special project. The Goddard space flight center has “More than 50 Goddard spacecraft explore Earth and soar through the solar system, collecting observations to be parsed and studied by scientists around the world. Goddard’s missions support multiple scientific disciplines, including Earth science, solar science and the sun-Earth environment, planetary studies and astrophysics.” (https://www.nasa.gov/goddard)

For this project we were asked to design and create an interactive award. The award needed to relate to the scientific nature of the center and also be structurally sound for the next 10 years, as this was to be a perpetual award. After much research, we decided to design a rolling ball maze game. In total we created two awards, the Science award, which was based around our solar system, and the Engineering award, which was based around the satellite missions that have launched from the flight center. The rolling ball maze game has been designed for a space marble to roll around a maze, through and behind planets, stars and satellites and into the center of the award. The maze can be quite a feat considering the award stands at 23 inches tall!

Besides the interactive maze game in the center of the award, this award also features 3D laser etched timber details, engraveable plaques on the sides of the awards for the winning recipients and gold metallic mirror details to give the awards a retro arcade game feel.

Our clients were thrilled with the outcome and so were we! If you have an project that needs some creative flare, Contact us today to find out how we can help. 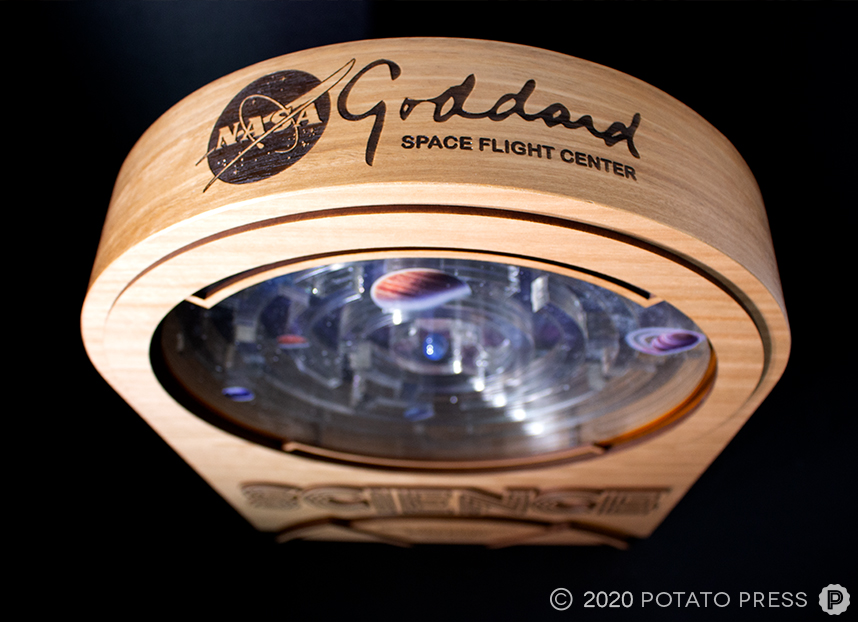 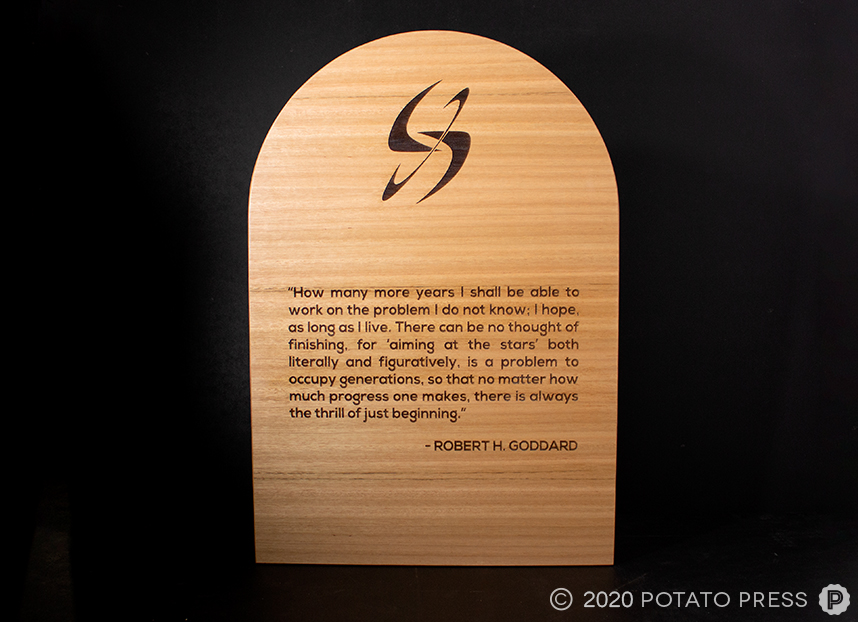 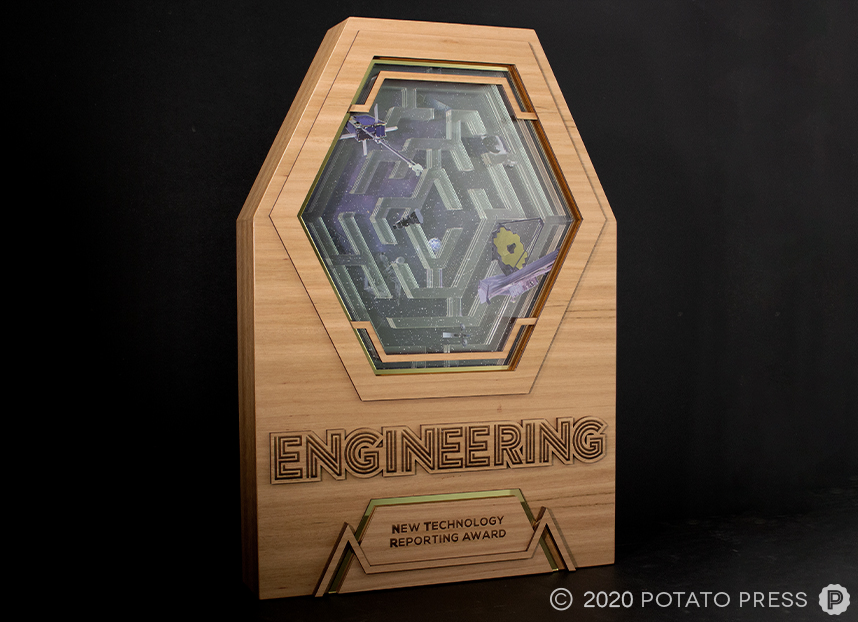 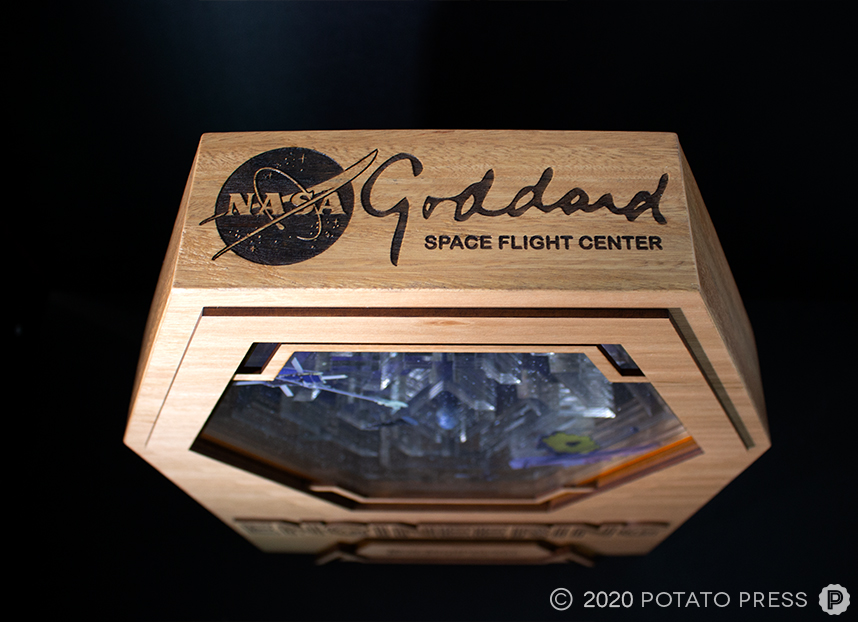 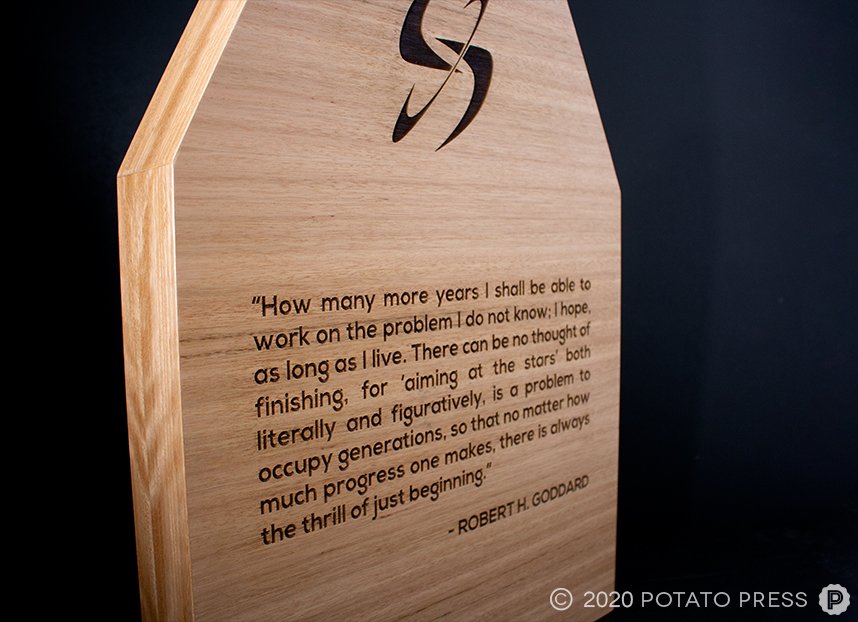 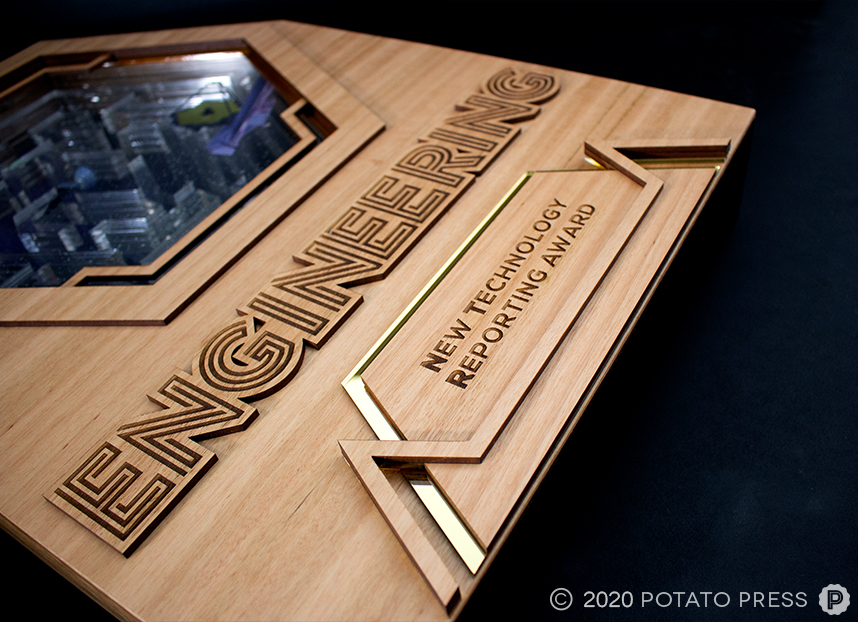