We were approached by Hurley to create a custom etched hardwood trophy for the 2014 Nike SB Classics Cup. The main competition set consisted of a huge 1st place trophy and two smaller 2nd & 3rd place trophies. We also created some extra competition trophies for the Best Trick & Highest Air competitions they had going as well. Unfortunately the final main event was cancelled due to rain.

Here’s what Hurley had to say: “The heavens opened and the liquid sunshine poured down at Manly on finals day, which unfortunately meant the cancelation of both the Nike SB Classics Cup Pro final and Masters final. The crew did a great job of transforming the pool – with the addition of hand-laid granite coping and the slide, diving board and ladder on Saturday for the Best Trick competition – but one thing we did not want in the pool was water! So the decision was made to split the Masters prize money equally which meant our crew of legends each pocketed $400. And the points tally from the five heats that had already been run in the Pro division was considered as final.” You can get all the competition points info from here. 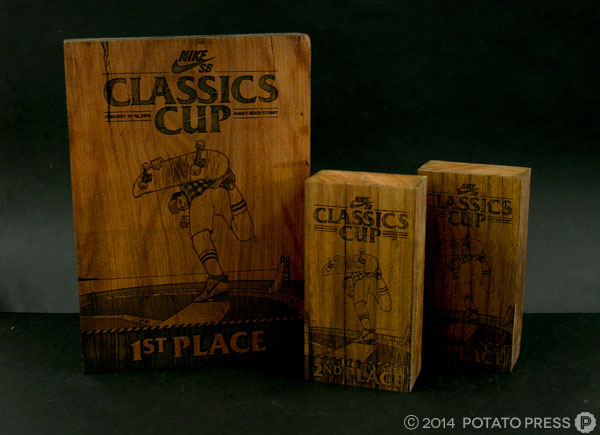 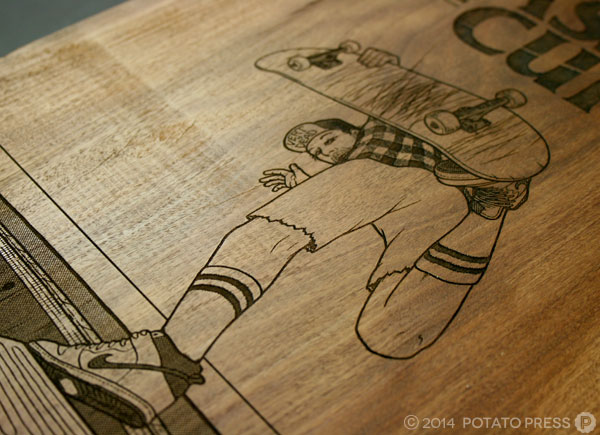 Fortunately there was a few good days of weather so here’s a highlight reel of day 8 of the Nike Classics Cup.